The Late Bronze Age site of Maroni (or cluster of sites? – an important question) is located in the Maroni (Ayiou Mina) River Valley, less than 3 km southwest of the modern village of Maroni and just over 7 km east of Kalavasos-Ayios Dhimitrios (see Figure 1).  Architectural remains dating mainly to the LC II have been excavated at the Vournes,Tsaroukkas and Aspres localities, while Late Cypriot tombs have been found in various parts of the site, a number of which were excavated by the British Museum in 1897 (Cadogan 1989, 1992, 1996; Johnson 1980; Manning 1998a; 1998b; Manning and Monks 1998; Manning and De Mita 1997). In contrast to Kalavasos-Ayios Dhimitrios, a long Late Cypriot sequence is evident in the Maroni site area. For example, LCI onwards is known at Maroni-Kapsaloudhia at the north of the overall site, at Tsaroukkas on the coast at the southern margin, and from a stratified series of horizons and structures from LC IA to LC IIC at Vournes (Cadogan 1996; Cadogan et al. 2001; Manning et al. 2002; 2006).  Survey conducted by the Maroni Valley Archaeological Survey Project (MVASP; Manning 1998a: 42; 1998b; Manning et al. 1994; Manning and Conwell 1992; Manning and De Mita 1997) suggests an overall continuous, if dispersed, Late Cypriot urban area extending some 15-25 ha down to the shoreline.

Excavations of an elevated zone at Maroni-Vournes by Cadogan from 1982 to 1989 revealed a monumental building complex dating to LC IIC that included the Ashlar Building, a 30.5 x 21 m tripartite structure constructed in part with ashlar masonry, and the four-aisled West Building, separated by a 4.5 m wide street (Cadogan 1984, 1992) (Figure 2).  The monumental buildings at Vournes were constructed over earlier structures and tombs, supporting Manning’s (1998a) contention that the Late Cypriot IIC witnessed the emergence of a single, central figure that replaced earlier competing elite groups and ruled the Maroni region from these impressive structures. While Vournes appears the obvious candidate as the administrative focus of this region, it is unclear whether it formed part of a contiguous urban centre that included the other nearby LC sites – and this is one of the key questions the KABME Project will try to address (cf. Iacovou 2007: 7).  A few small sterile trial trenches along the eastern part of Vournes led Cadogan (1984: 2) to conclude that this administrative zone might have been physically separated from the settlement at Tsaroukkas, nearly 500 m to the southeast.  The MVASP survey work has suggested perhaps discontinuous areas of major activity across the wider site, with a major debris area between Tsaroukkas and Vournes perhaps the likely locus for the main LBA settlement (Manning and De Mita 1997; Manning and Monks 1998; Manning 1998a; 1998b; Manning and Sewell, in preparation).  Guided by pedestrian survey and a limited fluxgate magnetometer and resistivity survey, Manning undertook excavations at Tsaroukkas and Aspres from 1993 through 1997 (Manning and De Mita 1997, 124-126; Manning 1998b) (Figure 3).  At Tsaroukkas this work revealed LCIIC architectural remains of a more utilitarian nature belonging to a coastal port/production site, while a part of a large structure evidently with a storage role was recovered at Aspres (Manning and De Mita 1997; Manning 1998; Manning and Sewell, in preparation).  Notably, Buildings I-III at Tsaroukkas are on a different alignment (c. 25º west of north) than the monumental buildings at Vournes (c. 45º west of north).  Manning concluded that the greater or combined Maroni site was a Primary Coastal Centre that combined production, mobilization, administration and internal and external trade.  The longevity of the Late Bronze Age occupation in the Maroni Valley and Manning’s (1998a) account of the coalescence of power in this region underscore its importance in understanding Late Cypriot sociopolitical dynamics and the development of urbanism on the island. 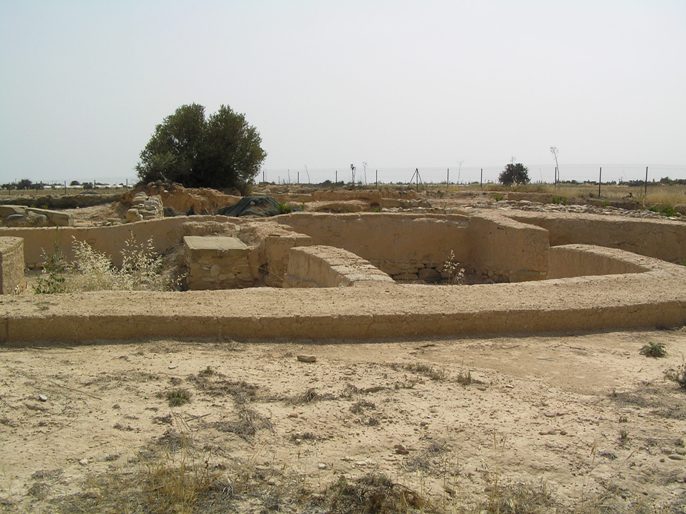 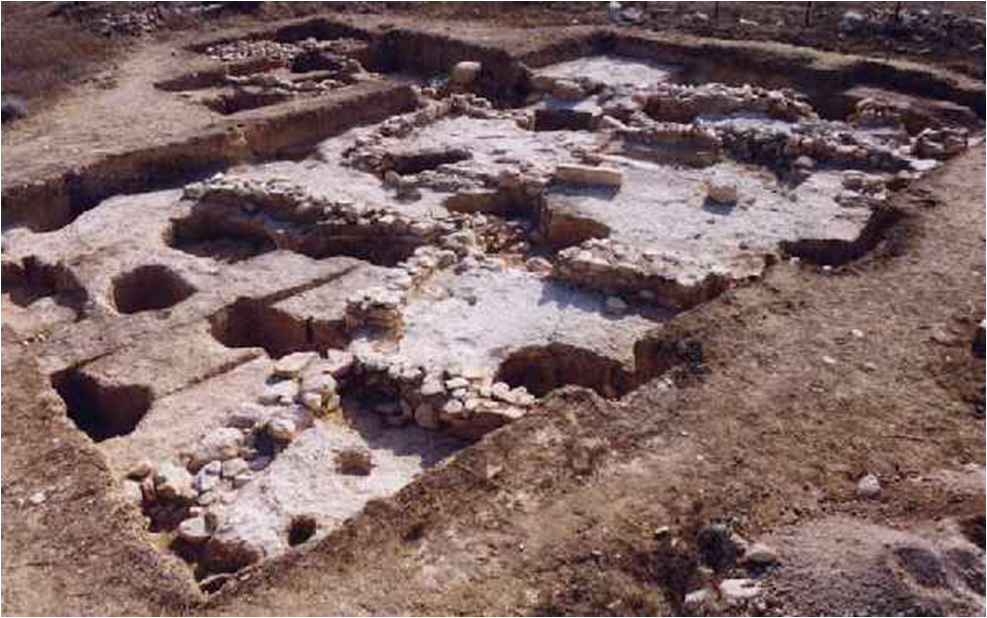