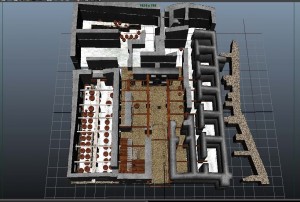 The KAMBE Project has begun a program of 3D modeling and visualization, aimed at gaining insight into some of the experiential aspects of Late Cypriot urban space–especially the interplay of architectural design, movement, and visibility.  The model of Building X at Kalavasos-Ayios Dhimitrios is being constructed by UBC student Lisa McLean using Autodesk’s Maya (Figure 1).  It is currently based on published site plans (rather than the laser-scanned data we’ve collected).

The visualizations below show the Central Court (Figure 2) and Pithos Hall (Figure 3).  Eventually, users will be able distinguish extant remains from the reconstructed model.  The model will also be imported into a 3D gaming engine to allow user navigation. 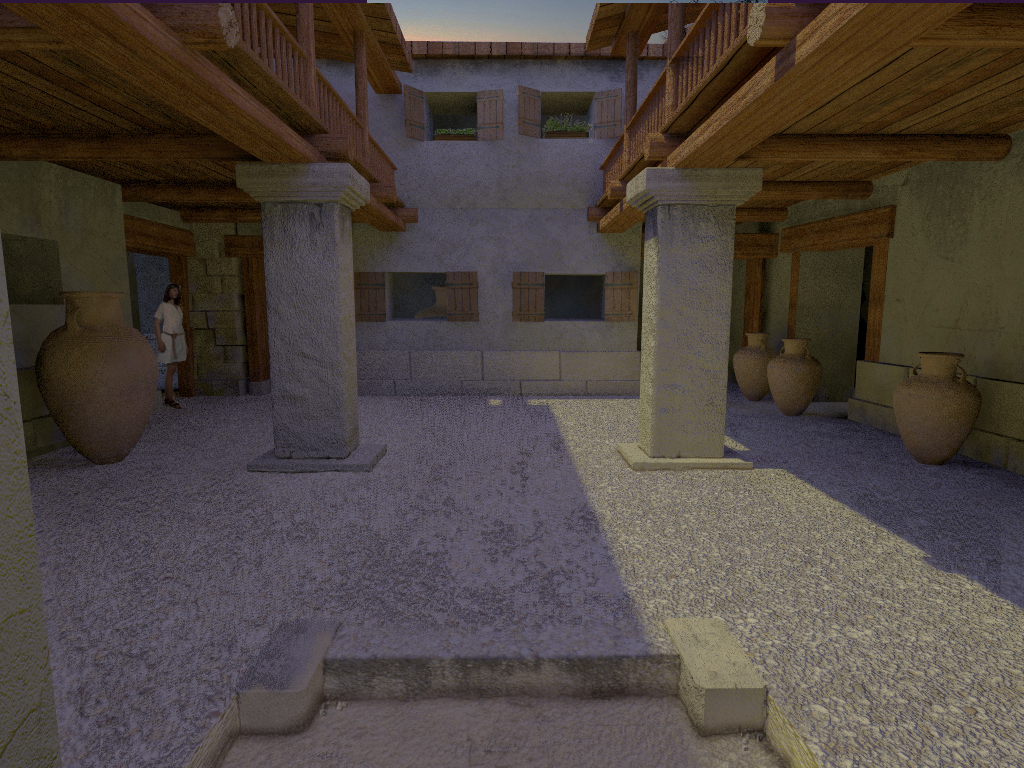 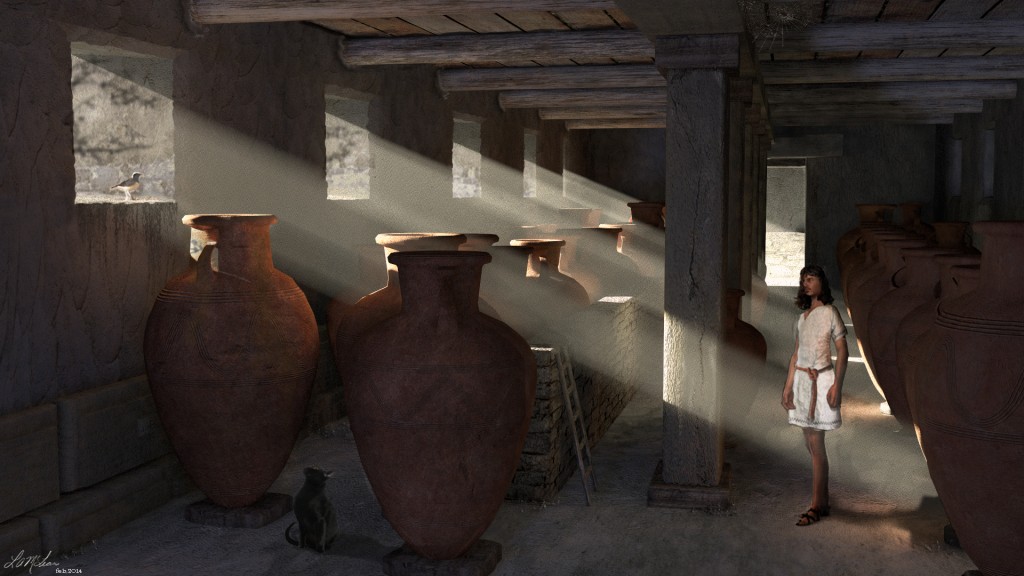