A short (4-week) season was held in June 2013 in order to collect additional geophysical data and continue refining aspects the survey methodology.  A small KAMBE team conducted geophysical survey at both Kalavasos-Ayios Dhimitrios and Maroni-Vournes/Tsaroukkas, aimed at both expanding coverage with the FM256 gradient magnetometer and performing targeted GPR survey with a Sensors and Software Noggin (w. 250 MHz antenna).

At K-AD we continued high resolution GPR survey in the areas to the west of Building X and newly-discovered Building XVI in order to investigate the organization of the areas of the site that lay between the monumental areas around Building X and the residential (non-elite?) areas to the south and west (Figure 1).  This GPR survey produced intriguing results, showing very little evidence for architecture to the south and west of Building XVI, towards the modern Limassol-Larnaca highway (Figure 2).  Whether this is the result of  the removal/destruction of the Late Bronze Age architecture by farming techniques or highway construction, or a purposeful creation of empty space by the LBA inhabitant for public usage or to demarcate elite/non-elite space remains an open question.  To the west, we performed smaller-scale reconnaissance survey with the GPR, producing data consistent with the presence of tombs in the area. 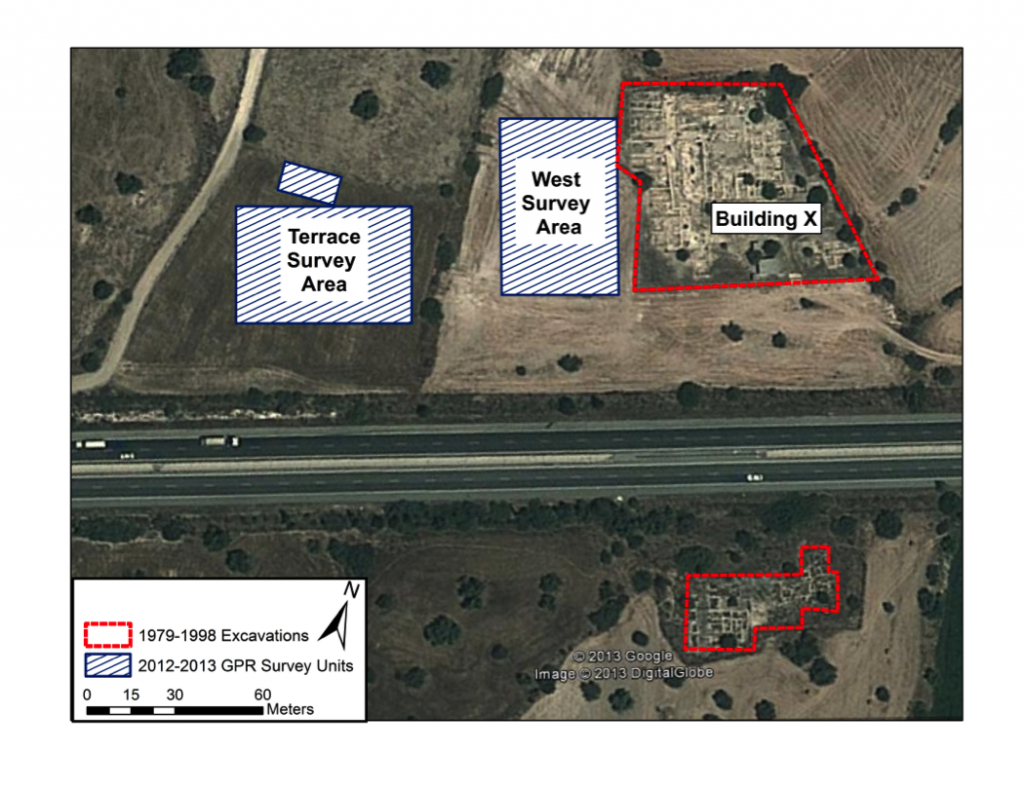 Figure 1: Areas of GPR survey during 2013 season at Kalavasos-Ayios Dhimitrios 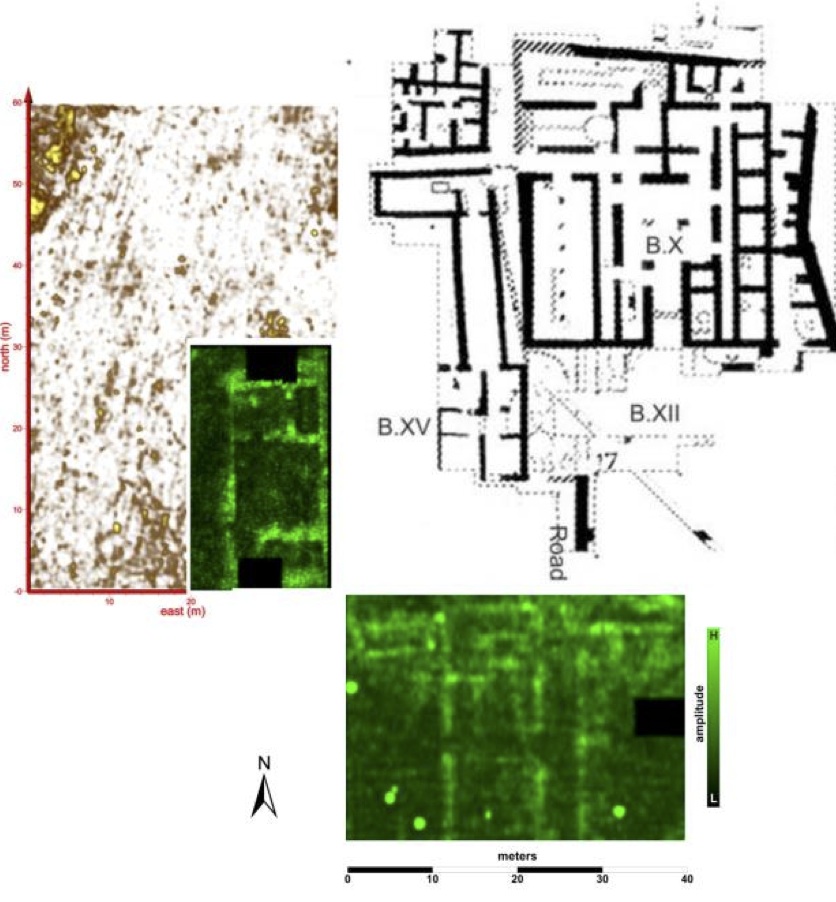 Figure 2: Composite of GPR data (Sensors and Software Noggin 250 MHz) collected during 2012 (in green) and 2013 (in gold) field seasons, in relationship to Building X and complex at KAD.

At Maroni, magnetic gradient survey was extended to the south and east of our previous survey units to reach the coastline (Figure 3).  GPR survey was also performed in the area of known architecture (based on our 2011 and 2012 surveys) between Vournes and Tsaroukkas, producing evidence for a relatively large complex of buildings surrounding the previously mapped multi-aisled structure (Figure 4). 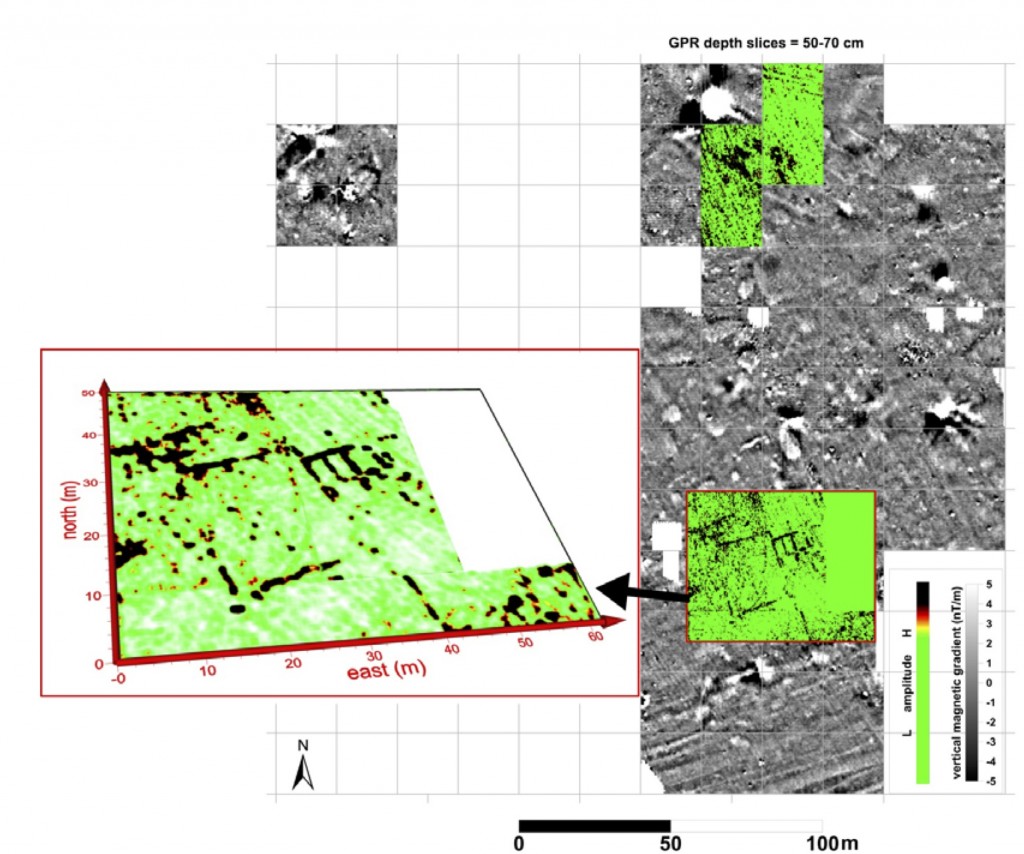