KAMBE Co-director Kevin Fisher is Co-PI on a National Endowment for the Humanities grant with Prof. Jesse Casana (Dept. of Anthropology, University of Arkansas) that is assessing the potential for aerial thermography to detect subsurface archaeological features under different environmental conditions.  This involves the use of CAST’s new multi-rotor unmanned aerial vehicle (UAV) or “drone”, which is GPS-guided and is capable of carrying a variety of cameras (Figure 1).  It is mounted with a thermal camera capable of detecting minute differences in surface temperature that might be the result of subsurface features that cool at a different rate than the surrounding soil.  This will be affected by the time of day, soil moisture, vegetation, and a variety of other factors that will be studied as this work gets underway in 2013.  The results in Cyprus will be compared with results obtained from other components of this pilot project taking place in South Dakota and Dubai.  Aerial thermography was used successfully by Ken Kvamme (University of Arkansas, Dept. of Anthropology) as part of his remote sensing work at Double Ditch State Historic Site in North Dakota (see e.g., Kvamme, K.L. & S.A. Ahler. 2007. Integrated remote sensing and excavation at Double Ditch State Historic Site, North Dakota. American Antiquity 72: 539-61), yet we have little data on its use under different conditions.

Equipped with a digital SLR camera, the UAV will also be used to take high resolution aerial photos of Kalavasos and Maroni that will allow us to create digital elevation models of these sites and their wider landscapes using photogrammetry.

After testing at Cahokia, Illinois and a few other sites, the UAV was used successfully to detect subsurface architecture at a Puebloan site in New Mexico.  Initial testing on Cyprus took place during a short visit from November  8-12, 2013 (Figure 2).   The UAV was flown successfully with both the digital and thermal cameras at Kalavasos-Ayios Dhimitrios, but high winds prevented more than a single short flight at Maroni.  Analysis of the thermal data from K-AD failed to detect any subsurface features, likely due to an insufficient diurnal contrasts in temperature.  The digital photos, on the other hand, were fed into Photoscan and used to construct a digital elevation model (DEM) of K-AD (Figure 3). 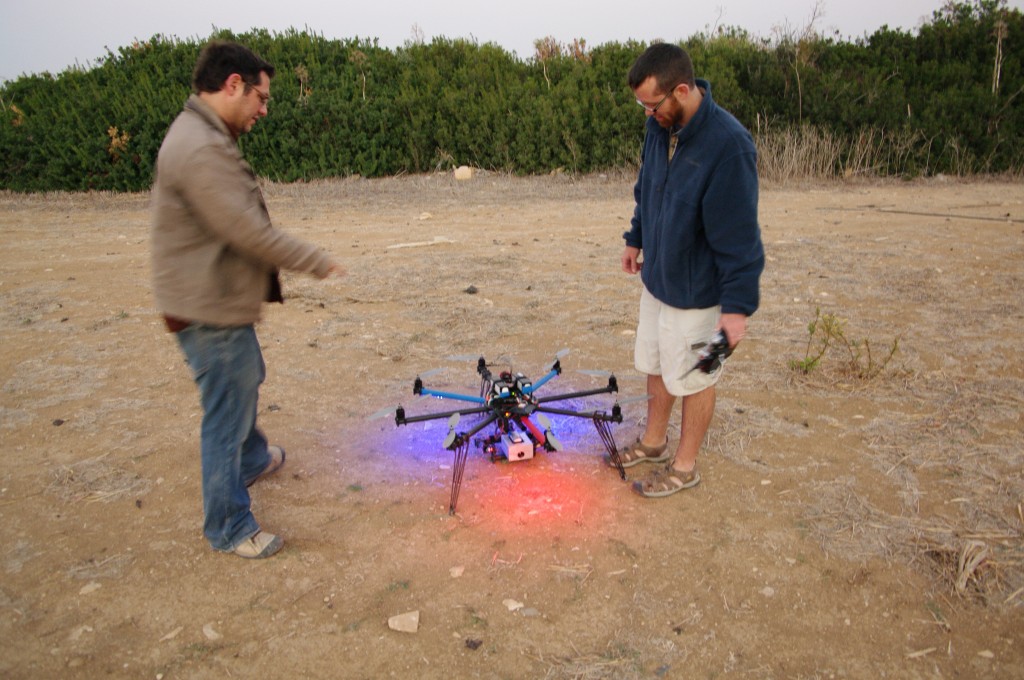 Figure 2: Jesse Casana and Adam Wiewel prepare the UAV (with thermal camera) for an early morning flight at Maroni-Vournes. 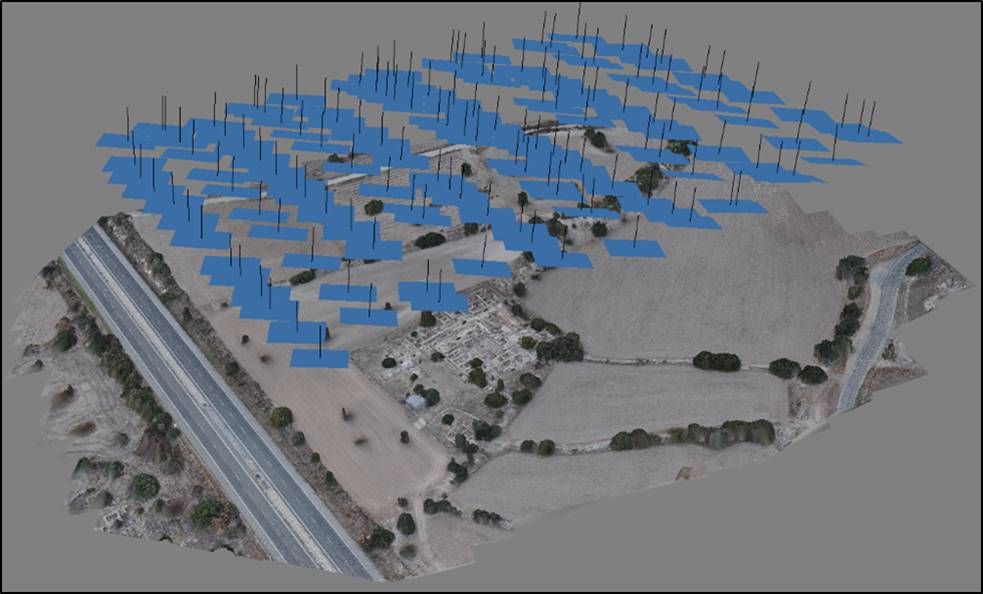