The Protohistoric Bronze Age (c. 1700-1100 BCE; Middle Cypriot III-Late Cypriot IIIA) on Cyprus was a period of revolutionary change that witnessed the rapid development of hierarchical and heterarchical social organization, economic intensification and specialization, and its increasing integration into the politico-economic system of the Near East and eastern Mediterranean (Figure 1).  At the same time, there were major changes to the island’s built environment, including new types of domestic and mortuary architecture, monumental buildings, and the first cities.  Previous research suggests the new built environments were not merely by-products of sociopolitical change, but rather a primary means by which the change occurred.  They were a fundamentally different experience from those of the Prehistoric Bronze Age that preceded it, providing new patterns of movement, surveillance, interaction and daily practice that generated social change.  Unfortunately, the dynamics of this process are not well understood and have not been systematically investigated. The major problem is that, while a number of Late Bronze Age sites on Cyprus have been partially excavated, we still have no clear picture of the anatomy of a Late Bronze Age city, i.e. how individual buildings were integrated into an overall urban landscape that structured social interaction. Various issues of expense and conservation make the complete excavation of something as large as a city nearly impossible, if not undesirable. With advancements in archaeological geophysics, however, we now have the potential to obtain detailed urban plans, which we can use to investigate these processes. 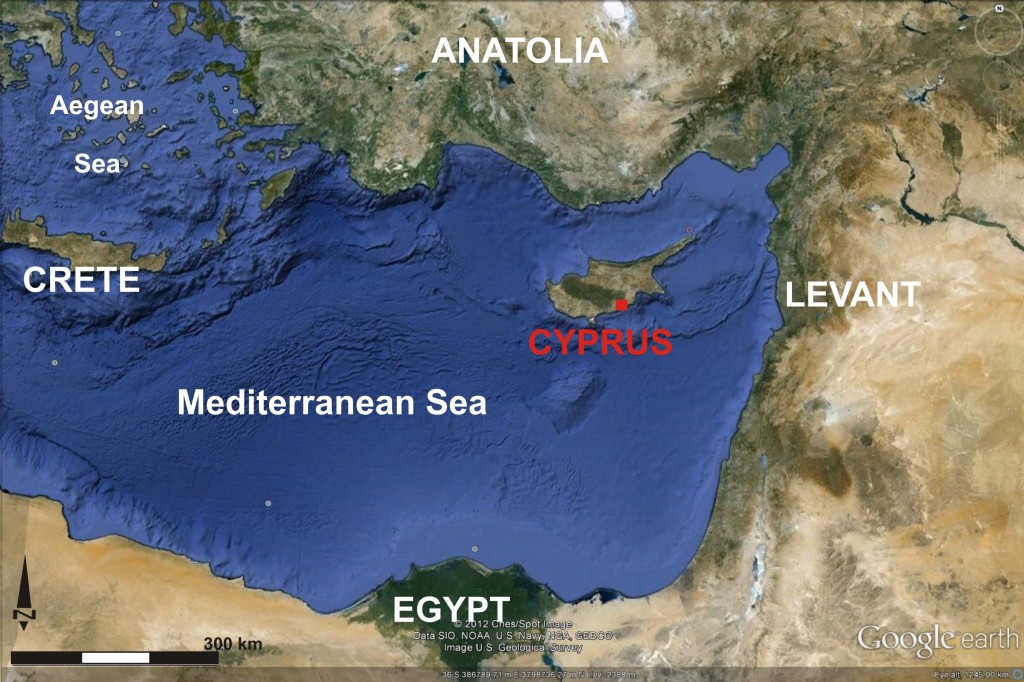 In the current phase of the project, we are investigating the important urban centers of Kalavasos-Ayios Dhimitrios and Maroni-Vournes/Tsaroukkas using a combination of archaeogeophysical survey, test excavations, digital recording of extant architecture using terrestrial LiDAR (3D laser scanning) and photogrammetry, spatial analysis, and 3D modeling. These sites, which flourished in the 14th and 13th centuries BCE, are located in neighboring river valleys in south-central Cyprus. The KAMBE Project undertook two seasons in 2008 and 2010 aimed at establishing the efficacy of various geophysical methods under different environmental conditions, and two four-week seasons in 2011 and 2012 during which we significantly expanded our survey coverage and began assessing the geophysical data through test excavations at both sites.

This work is allowing us to meet a number of specific research objectives. The first is to obtain relatively complete urban plans of Kalavasos-Ayios Dhimitrios and Maroni. This would significantly expand the dataset of Late Bronze Age architecture and, by applying analytical methods such as access and visibility analyses, provide unprecedented insight into how the new urban environments organized social interactions that supported or changed social structures.  The development and testing of methods for analyzing ancient built environments that would be applicable to data from any period or region is also a major objective. In addition, we are developing a GIS-based database that will combine environmental and archaeological data obtained from our work with those from earlier excavations and surveys at both sites.  This will create a powerful research tool for the study of Late Bronze Age social dynamics as well as powerful cultural resource management tool that can assist in land-use decisions in an area under threat from various forms of development.  All data will eventually be made available to interested parties through this website.  Last, but not least, we see the development of collaborative student training opportunities in the use of archaeological technologies as one of the KAMBE Project’s primary objectives.