Photogrammetry and Digital Recording with GIS

Photogrammetry is the determination of the geometric properties of an object or surface from photos.  Using two or more images of the same surface taken from different positions we can determine the 3D coordinates of points on that surface based on single or multi-point triangulation.  This method has been around since 1850s, but has been undergoing rapid changes with the development of digital imaging and the use of new structure-from-motion (SfM) software packages that have automated much of the process and are capable of producing point clouds and meshes from a series of overlapping images. The term “close-range” is used to distinguish terrestrial from aerial-based photogrammetry.  Both methods are used by the KAMBE Project.

During our 2012 season, we began using close-range photogrammetry to record the progress of the excavation of our two test trenches at Kalavasos-Ayios Dhimitrios.  With the resumption of excavations in the 2015 season we implemented a fully-digital recording system that integrated photogrammetric modeling of contexts with data entry directly into GIS.  At the start of excavation of a new context, a series of overlapping high-resolution photos were taken, using a 60% overlap.  These photos were immediately uploaded to the photogrammetric software (Agisoft PhotoScan Pro) on our field laptop.  A series of targets positioned around each trench and located with a total station allowed PhotoScan to georeference the 3D models. 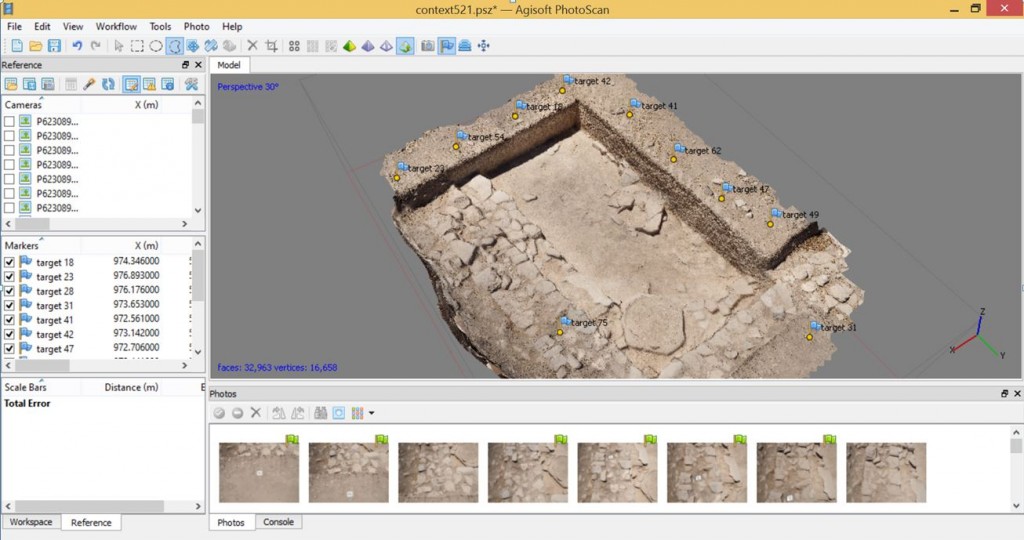 As each context was excavated, data were entered directly into ArcGIS using a Panasonic Toughpad tablet.  Excavators also took photos with the tablets and annotated them with context boundaries, artifact and sample locations, and other information using Autodesk Sketchbook.  Once the 3D models of the contexts were rendered in PhotoScan, they too were annotated in Adobe Reader as 3D pdfs.  At the end of each day, the parent ArcGIS database was updated and uploaded to each of the field tablets for deployment the next day. 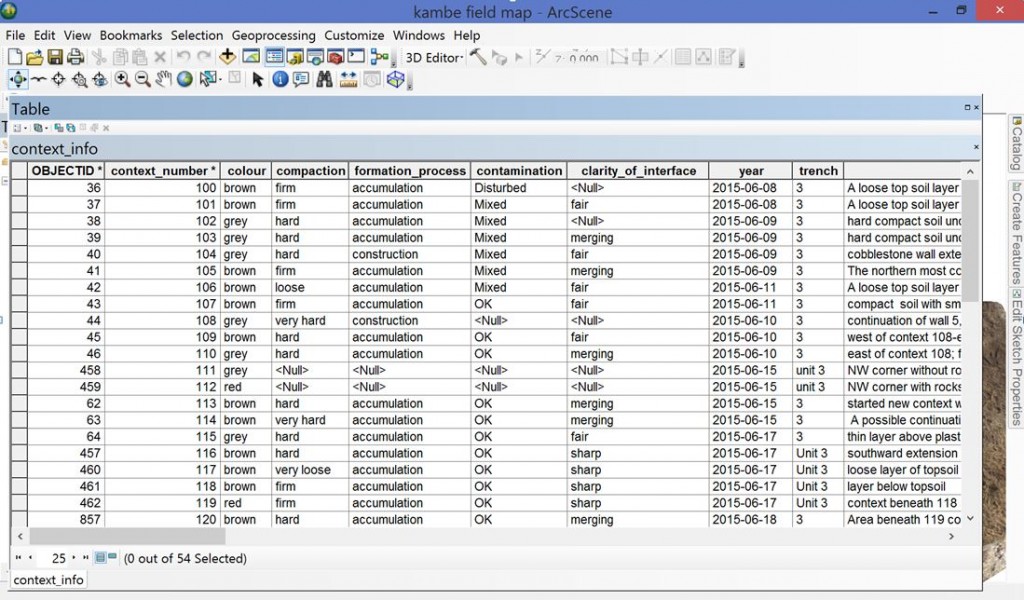 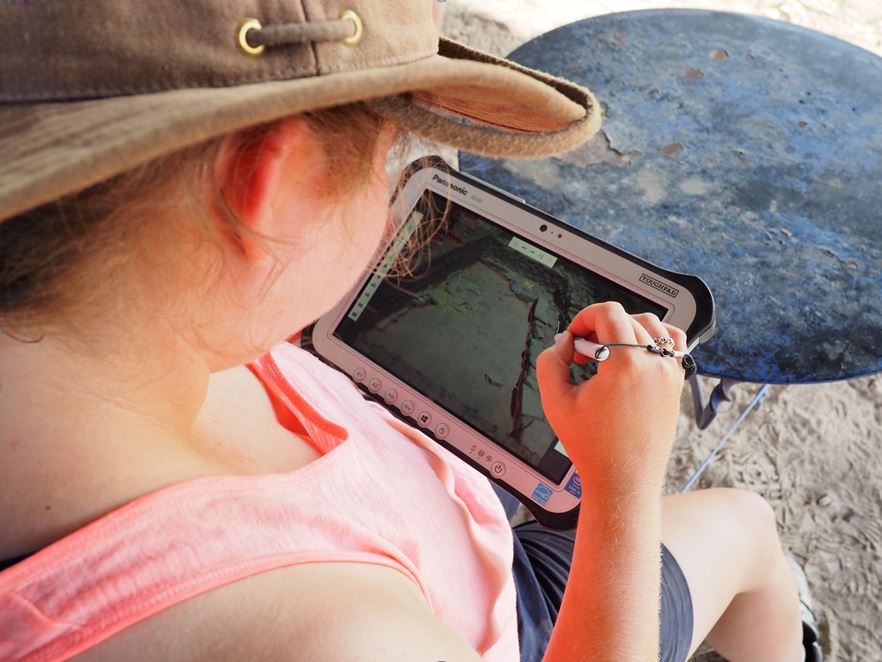