This site is located in the Vasilikos River valley just over 3 km from the Mediterranean coast.  It sits on flat and gently sloping terrain to the west of the now seasonal river and is well situated for communication and trade, commanding the crossroads of the natural route that links central and eastern Cyprus with the western part of the island, and the north-south route that links the copper mines in the Troodos Mountains to the sea (South 1980: 23-6).  Since 1976, this region has been the subject of survey and excavation work by the Vasilikos Valley Project, directed by Ian A. Todd (1977, 1986, etc.).  Excavations directed by Alison South from 1979-1998 were initiated in advance of the construction of the (then) new Nicosia-Limassol highway, which runs through the center of the site.  South’s work revealed an urban center dating mainly to the Late Cypriot (LC) II period (c. 1450-1200 BCE), reaching its zenith in the Late Cypriot IIC before being abandoned (South 1980, 1988, 1997).  Looking north from the highway, the site sits less than 200m south of famous Neolithic site of Kalavasos-Tenta (easily recognizable in the landscape by its large tent-like covering) (Figure 1).  Based on the extent of surface finds and architectural remains, the site likely covered about 11.5 ha (Figure 2). In spite of intensive earlier occupation elsewhere in the Vasilikos Valley (Todd 1996, 2004), significant occupation of this site does not seem to have been earlier than the LC IIA:1.  At this time it was at least used as a cemetery and, by the LC IIA:2/LC IIB, there is evidence for more extensive constructions (South 1997: 173). 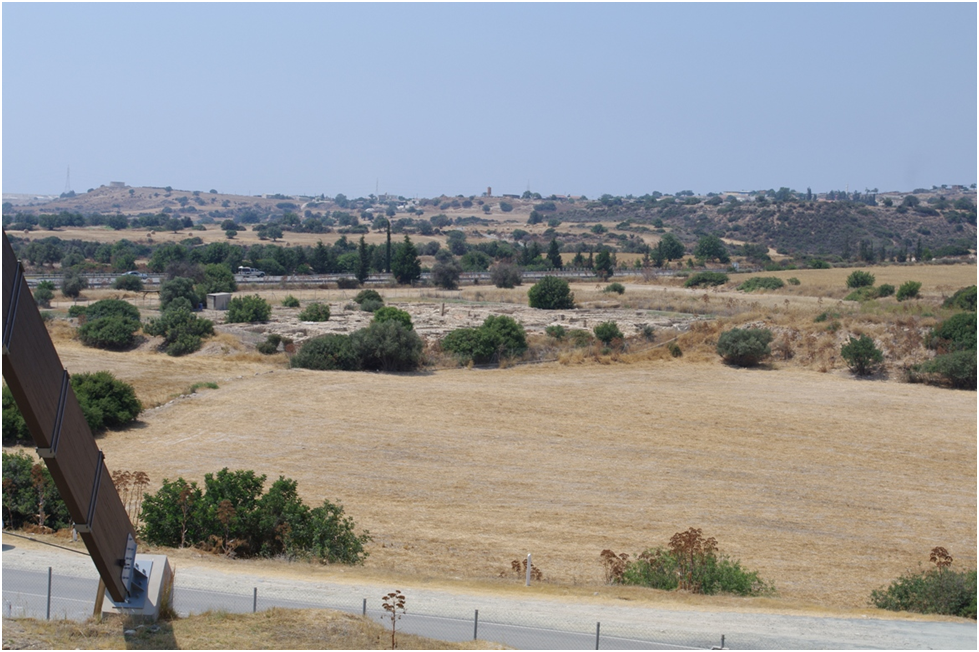 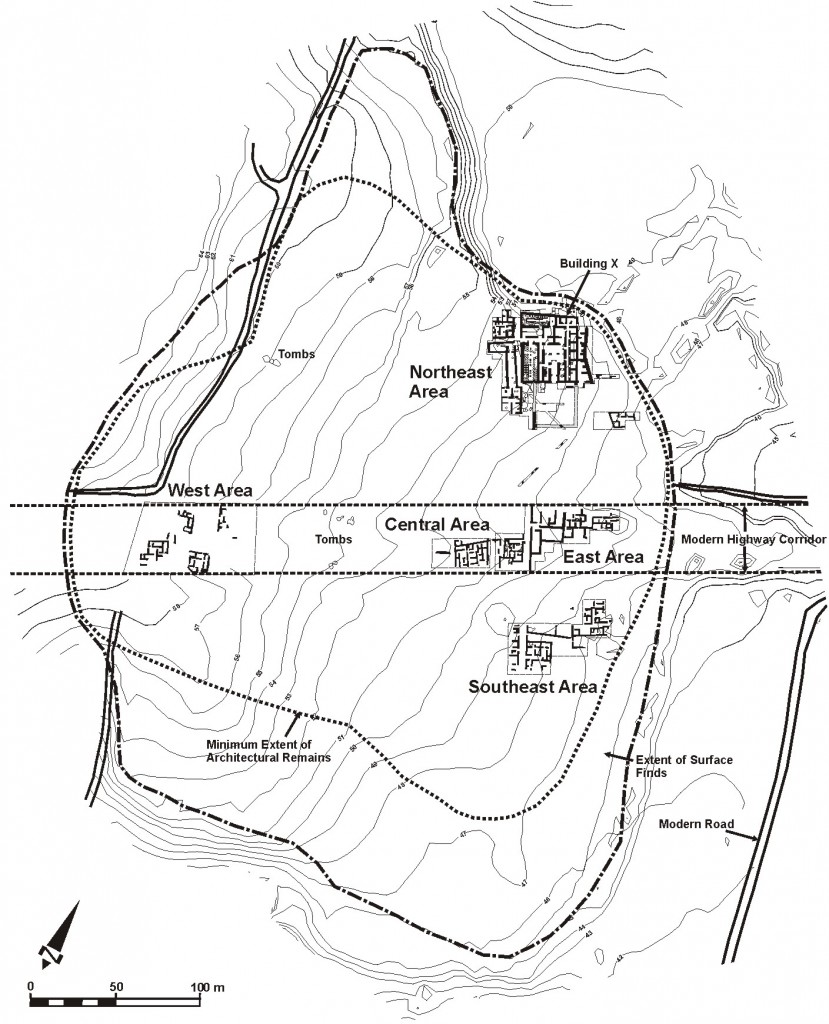 Figure 2. Map of Kalavasos-Ayios Dhimitrios showing excavated remains (drawn by K. Fisher based on data provided by A. South).

Excavations were conducted in four discrete areas and recovered various buildings and roads that are largely oriented to oriented to 25º west of north, indicating that the city was probably laid out on a preconceived plan.  This plan appears to consist of a system of parallel north-south streets and one or more transverse east-west streets.  One such north-south street, 3.6 m wide, appears to extend at least 150 m through three separate excavation areas.  Wright (1992: 115) argues that some form of zoning may also have been imposed in which the monumental administrative buildings were in the northeast, perhaps surrounded by a separate enclosure wall (see also South 1988: 223), with elite residences (some of which also contained industrial facilities) in the eastern and central parts of the city, and non-elite dwellings on the western outskirts.  According to South (1995: 192) the plan exhibits symmetry and conformity, seen in the alignment of buildings on opposite sides of the street, and the possible existence of ‘lots’ demarcated by long stretches of wall.

Given the evidence so far, the Northeast Area appears to have been the focus of elite power at Kalavasos-Ayios Dhimitrios and lies at the terminus of a (the?) major north-south road (Figure 3).  This area contained a number of buildings, but is best known for Building X, a 30.5 x 37 m court-centered, monumental structure.  Building X and some of the surrounding buildings were initially erected sometime after the LC IIA:2/IIB buildings noted above, and on a slightly different orientation.  In mid-LC IIC Building X was monumentalized with the addition of impressive ashlar masonry (South 1997: 173).  A series of elite tombs have been excavated in the Northeast area, dating from the LC IIA:2/IIB through LC IIC periods (South 1997: 159-171).  Three elite tombs (Tombs 11, 14 and 13) were recovered in streets adjacent to Building X and South has argued that the continuity of use and respect for earlier burials suggests a strong political/social continuity from LC IIA through LC IIC, and that Building X may have been deliberately placed next to these tombs as a statement of ancestral ties.  This building likely served as the site’s administrative center and contained extensive evidence for production and storage as well as indications of elite feasting (Fisher 2009, in press; South 1995: 194; South 2008).  In the Pithos Hall – the single largest space in the building – the remains of over 50 massive storage jars or pithoi (sing. pithos; c. 1.5-2 m in height) were found on a series of stone bases (Figure 4).  Gas chromatography suggests that these vessels held olive oil and their combined capacity would have exceeded 33,000 litres (Keswani in South 1991: 141-144; South 1989: 321).  The importance of Kalavasos-Ayios Dhimitrios is further emphasized by Goren et al. (2003) who, based on petrographic analysis, consider it to be one of the likely sources of the letters on clay tablets sent from the King of Alashiya to the Egyptian pharaoh and the King of Ugarit during the 14th and 13th centuries BCE. 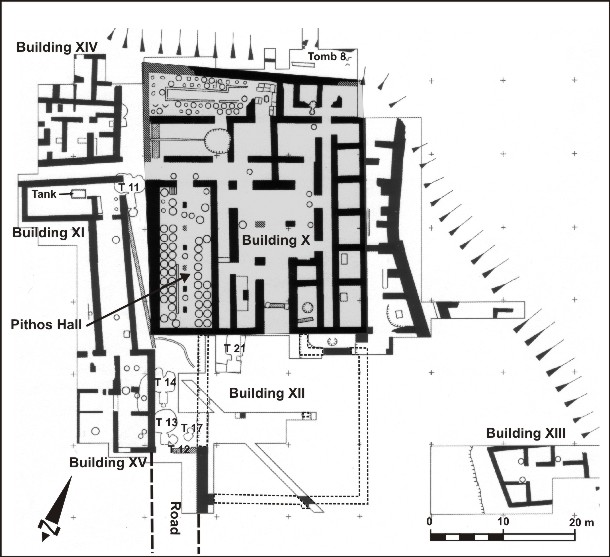 Figure 3: Schematic plan of the Northeast Area at K-AD (modified by Kevin Fisher from plan provided by Alison South). 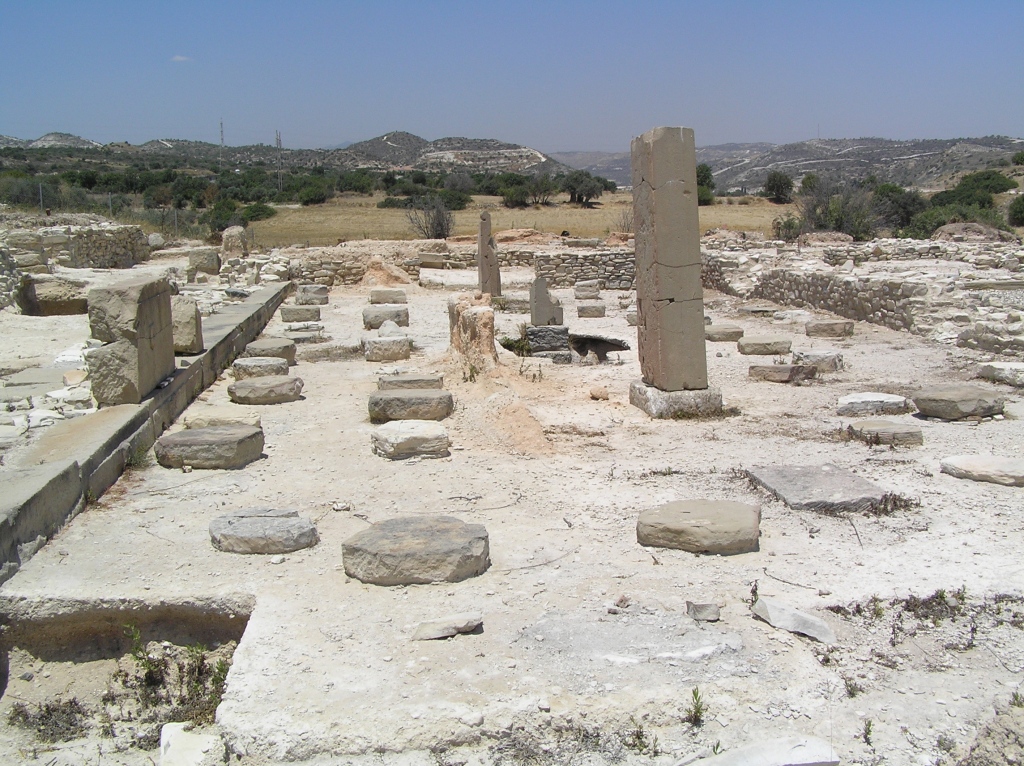